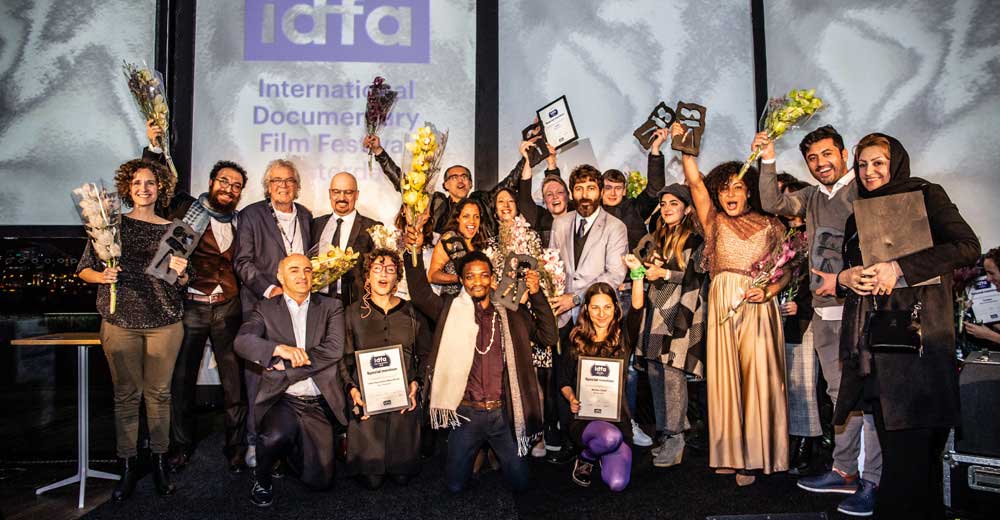 Oskui received the award for his latest feature-length documentary, “Sunless Shadows”, in which he builds a remarkable relationship with a group of adolescent girls that serve their sentence for the grave crime of murdering their father, their husband or another male family member in an Iranian juvenile detention center.

The award for best mid-length documentary also went also to “Anticlockwise” by Jalal Vafai from Iran. The film is about the life of Vafai’s father as a democratic reformist.

In addition, “Asho” by Jafar Najafi from Iran was selected as best children’s documentary. It is about a shepherd boy who is obsessed with Hollywood movies and wants to become an actor.
“In a Whisper”, a co-production of Spain, France, Switzerland and Cuba by directors Heidi Hassan and Patricia Pérez Fernández won the IDFA award for best feature-length documentary. The film centers on two emigrant Cuban filmmakers whose passion for film, friendship and freedom reunites them after years of being apart.

“Up at Night”, a co-production between Congo and Belgium by Nelson Makengo was named best short documentary.
The IDFA 2019 awards ceremony was held at the Eye Film Museum while the festival continues until December 1.