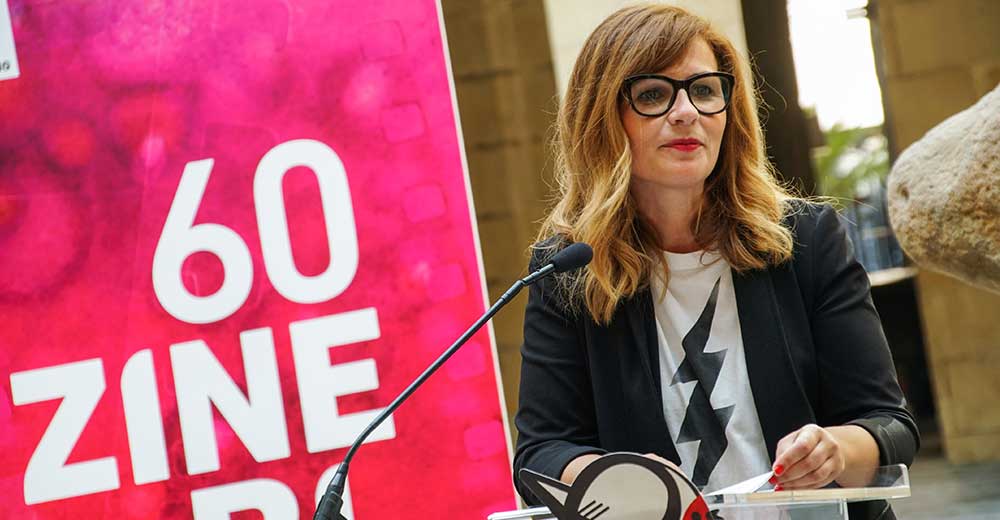 Marziyeh Riahi (SFN)- Based on a firm desire to support the visibility of film produced by women around the world and also the growing presence and work of women in all walks of the audio- visual industry, while also bearing witness to the situation of women in countries where equality is far from being a reality, ZINEBI 60 has included "Focus Iranian Women Filmmakers: The Present is Female!"

I discussed with the festival director Vanesa Fernandez Guerra, about this section and her comments on women's cinema.

It is your first year as the director of this prestigious festival. How was your experience for this first edition? And how could you manage all different sections and programs you added in Zinebi-Bilbao Festival?

First of all, it was a challenge for me noticing that I am the first woman director after 60 years. I agree, it is a tough responsibility but I took it with so much illusion because I know that we have a really good professional team. As a woman, I would like to have women colleagues in main staff of festivals.

All jury members were women in this 60th edition. This is a very first time in the history of the festivals in the world. How come you took this decision?

Yes, we wanted a really professional international jury and this was composed by 11 professional women. We are so proud of it. Women are the present and the future of the cinema.

You had a focus on the works of Iranian women filmmakers this year. Why did you choose Iranian cinema? How was the reception of the audience for this section? And how did you find yourself the films of this section?

We met Ghasideh Golmakani in our festival in Bilbao where she presented LIMBO and she got an award. Then we started working together and I attended “Cinema Verité” in Tehran in December. Ghasideh was the most proper person for that and she has done a really good job curating this focus. We are really proud and happy of the result of the program. During the festival, the audience really enjoyed the films and as well, we made a panel discussion with press, professionals and Iranian women filmmakers. In my first year as director of ZINEBI, I am very proud of this focus and really pleased to Ghasideh. I hope that other festivals in Spain will program the same focus.

There were lots of other Iranian films at your festival in previous editions. How do you find the quality of Iranian short films in general?

Iran is so important for us, there is an old relation with your country along the editions of our festival. We usually receive so many films and the quality is very high and we feel so happy because you have more women directors and their films are really well-done. Generally, there is always an Iranian film which is awarded too.

What i s your plan for next years? Do you want to add new sections at the festival? How do you plan to develop this festival which is one of the eldest and most important in the world?

We have the responsibility to be a reference in international film festivals and we’ll work hard to have the best short films, the best documentaries and the best first films from all over the world. And of course, we are going to work hard as well to have women in all of our sections and work together with women directors, producers, programmers… to have more visibility in the world.